If you are a band who cite your main musical influences as being Orange Goblin and Earthless then it's a probably a given that your grooves are going to be populated with a fair amount of metallic bluster combined with a high level of instrumental prowess and Australian trio Fumarole do not disappoint on either score. The Brisbane band, Ryan Stewart (drums); Dan Bartsch (bass) and Kurt Werder (guitar/vocals), initially whetted our appetites with their debut album "Mountain" an entertaining collection of swaggering hard rock and grizzled groove metal that registered high praise from all the right quarters. Two years after "Mountain" Fumarole have returned with their latest opus "Valley of Ten Thousand Smokes" a conceptual album telling of a future where the poor are used to mine for a bacteria that will ensure eternal life for those sitting at the top of the social ladder. 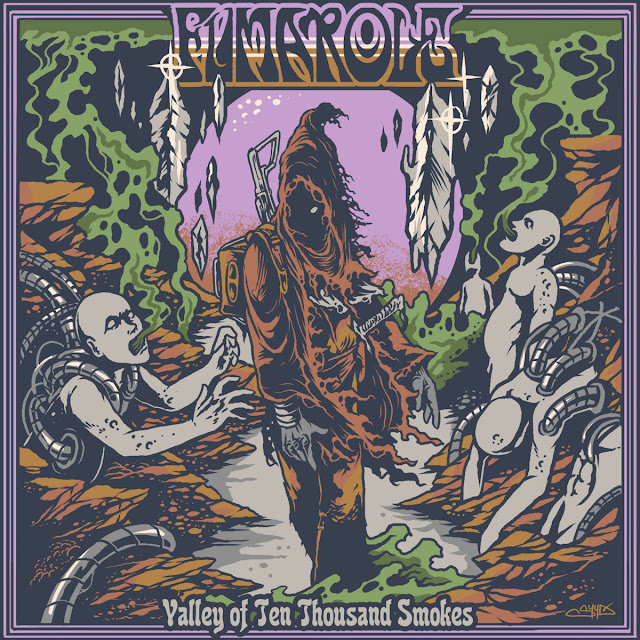 Despite Fumarole's debut "Mountain" being a stonking riot of raucousness and groove it did lack a little nastiness and growl in its production, fortunately that is not a problem with "Valley of Ten Thousand Smokes", from the moment Stewart's drum roll announces opening track "War Cry" and Bartsch's bass and Werder's guitar join together on the songs main refrain you are immediately hit by how thicker, heavier, louder and gnarlier things sound compared to the previous album. This grizzlier more intense sound extends itself not only to the albums overall production but can also be noticed in Werder's vocal performances throughout the new album, the guitarists/vocalists voice coming over stronger, gruffer and also possessing a little more "lived in" gravitas than on the bands previous effort. Concept albums can be strange beasts, there has been many a time when Desert Psychlist has listened to an album, muted as a "concept", where we have become lost and confused, not quite understanding how each piece fits together in the story, this is not the case with "Valley of Ten Thousand Smokes", each song is a chapter and each "chapter" is perfectly placed in the tale so that the album reads like a book (of course it helps that the band have printed the lyrics on their Bandcamp page too). Musically there is nothing to disappoint here either with songs like "Desert Worms", "Mothership", "Remote Controllers" and "Ghost Ship" all brimming over with raucous and delightful grooviness , a grooviness expertly delivered courtesy of Bartsch's growling bass, Stewart's thunderous percussion and Werder's crunching riffs and scorching lead work. 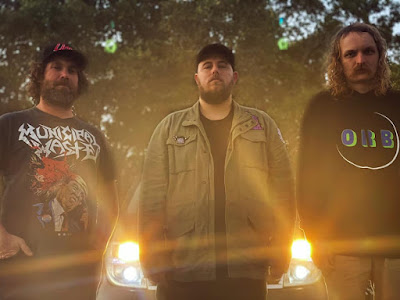 If "Mountain" was the album that saw Fumarole knocking at the door of international acceptance asking politely to be let in to the party then "Valley of Ten Thousand Smokes" is the band kicking that door down and stealing all the women and beer.
Check 'em out .....
© 2020 Frazer Jones
Posted by Desert Psychlist at 02:38