The villagers are massing outside Stonerking Towers, the home of Desert Psychlist, with torches in hand and a mixture of fury and fear etched across their faces, emboldened by the presence of a cowled priest who shouts of blasphemy and sacrilege, the maddened crowd try to storm the towers ornate heavy wooden doors, hoping to somehow put an end to the dark satanic sounds spewing forth from the towers uppermost floors..... well not exactly. The truth is its nine thirty in the morning and the Psychlist has, for the third time, spun Californian trio Vitreous Earth's excellent debut release "Passing Visions" and an irate neighbour has had enough and has started banging on the wall. 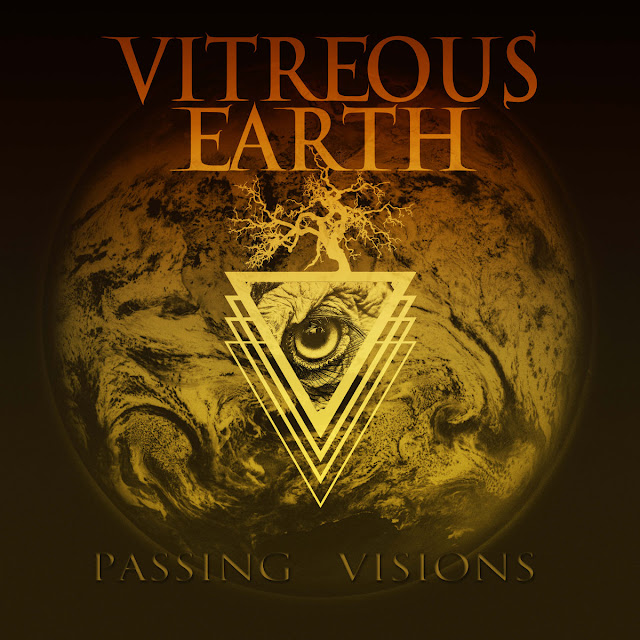 "Passing Visions" may not be the album Desert Psychlist's soul/dance loving neighbour is about to rush out and purchase anytime soon but for those of us with a darker more underground metal bias Vitreous Earth's new release may well be considered manna from heaven (or hell for that matter). From the didgeridoo like guitar effect that opens first track "Smoke Serpent" to the sudden full stop that closes "Witch's Hole" the listener is treated to unrelenting waves of dark, disturbing but totally engrossing stonerized metal and blackened grunge. Miguel Rodriguez's earthshaking growling bass lines, supported by Travis Wall's thunderous percussion, shift the grooves on songs like "Lion's Den", "Resin Kiss" and "Thirst" between the frantic and the low and slow without missing a beat or a note, their rhythmic telepathy allowing guitarist/vocalist Eric Reichert the freedom to express himself with a mixture of neo-classical noodling, bluesy shredding and good old fashioned metal crunch throughout, filling the spaces between his solo's and riffs with big, slightly cracked and raw vocals. This is never more effective than on the atmospheric and Nirvana-esque "Sincerely" a song that puts a metallic twist on the old quiet/loud/quiet grunge aesthetic and is, for Desert Psychlist ,the highlight of an album full of highlights. 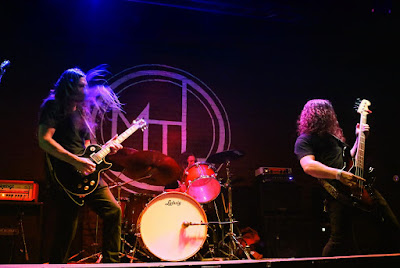 Put "Passing Visions" on your favourite mode of listening turn it up loud and sit back and bask in its dark subterranean glory but remember keep one eye on that window there just may be a priest out there with a baying mob at his back heading in your direction. You've been warned!
Check it out .....
© 2018 Frazer Jones
Posted by Desert Psychlist at 02:21