GALACTIC GULAG ~ TO THE STARS BY HARD WAYS .... review

Space seems to be the new black lately, so many bands are turning to the vast vacuum of the Cosmos for their themes, concepts and inspiration, both lyrically and musically. Lyrics however are not a concern for Brazilian psychonauts Galactic Gulag, César Silva (drums), Gabriel Dunke (bass), Breno Xavier (rhythm guitar) and Pablo Dias (lead guitar), the four piece band from Natal prefering to keep their cosmic grooves (mainly) instrumental as can be witnessed when spinning the bands debut full length album "To The Stars By Hard Ways". 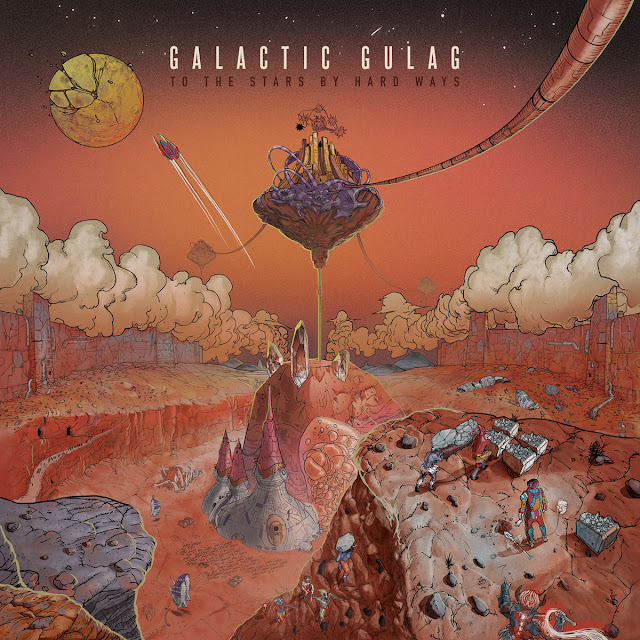 First track "Home" opens with Xavier chopping out a heavily effect laden guitar refrain that is gradually joined by the Dunke's bass and Silva's drums, slowly and subtly gaining in momentum until exploding in a gnarly stoner groove that heralds the entrance of Dias on lead guitar. Dias makes the most of his moments in the spotlight laying out a series of blistering solo's that run the full gamut of feel drenched and bluesy to technical and neo-classical, filling the spaces left by the rest of the band with wave upon wave of textured guitar colouring. This is what Galactic Gulag are all about, the bands penchant for delivering diverse rhythmic patterns layered with crunching riffage and searing solo's is stretched over five songs of scintillating space themed psych boasting titles like "Escape From Planet Gulag", "Space -Time Singularity" and "Eta Orianis" with only "Hollow Moon", a growling heavy rocker that briefly veers into funkier territories (thanks to a scorching sax contribution from guest Isaque Gurgel), falling under nine minutes. 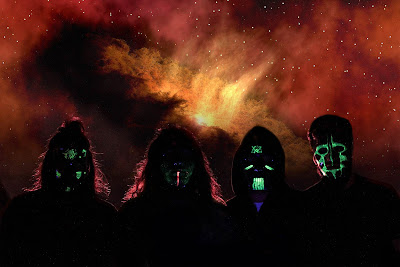 South America is fast growing a reputation as a go to place for blistering instrumental heavy psych and Galactic Gulag's "To The Stars By Hard Ways" enhances that reputation ten fold!
Check it out ...