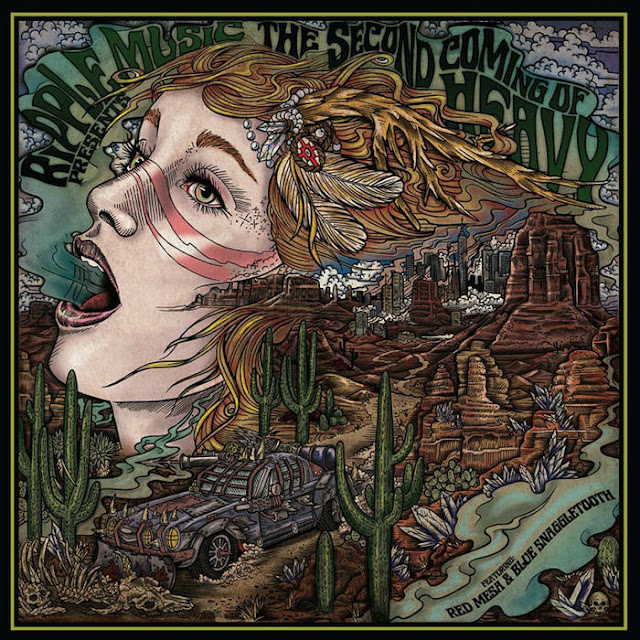 Red Mesa kick "Chapter Four" off with four songs of spine tingling desert/stoner rock blended with touches of psych and classic/hard rock crunch. First tracks, "Cactus Highway" and "Low And Slow", are two fuzz drenched rockers tinged with bluesy hard rock swagger and psychedelic colouring coated in superb vocals. The following two tracks "Goin' To The Desert" and "Utopia" follow a more lysergic path with the former having an almost heavy stonerized Doors-like vibe and the latter  jamming a schizophrenic mix of heavy riffage, Captain Beefheart like mushroom fuelled acid blues and gentle acoustic passages. All four tracks are superbly executed, written and arranged and showcase a band totally on top of their game. 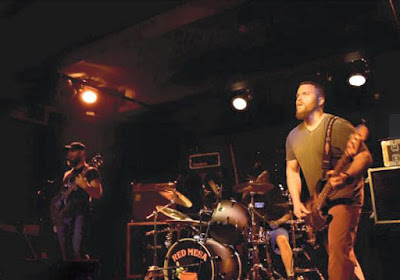 Blue Snaggletooth hit a more traditional stoner groove with their three offerings albeit spliced with a touch of bluesy proto-metal grittiness. "Sand Master" is first up and employs a deliciously addictive guitar motif over a hard driving rhythmic groove that is then enhanced by strong powerful vocals. At the halfway mark the song segues into laid back psychedelic passage before taking off into the stratosphere on a wave of howling guitars and pulsating rhythms then returns to earth with the songs initial groove to take things to the close. "Crystal Gaze" is a WAH pedal drenched journey into proto-metal madness replete with big vocals, big booming bass lines and tumultuous drumming that kicks more ass than is healthy. "Mystic Waters" brings Blue Snaggletooth's contribution to a close with a rousing hard rocking number that has at least one, if not both of the bands well heeled boots set squarely and firmly in the golden era of 70's classic/hard rock. 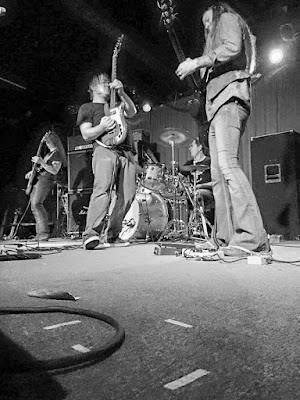 Two bands, similar in some respects, different in others but both with a one mission.... to melt your face off with the power of their grooves
Check 'em out ....

Posted by Desert Psychlist at 11:56