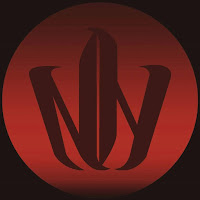 Excuse me if I get a little over excited during the course of this review but "NN", from Germany's CANNAHANN, may be, for me, the album of 2015! 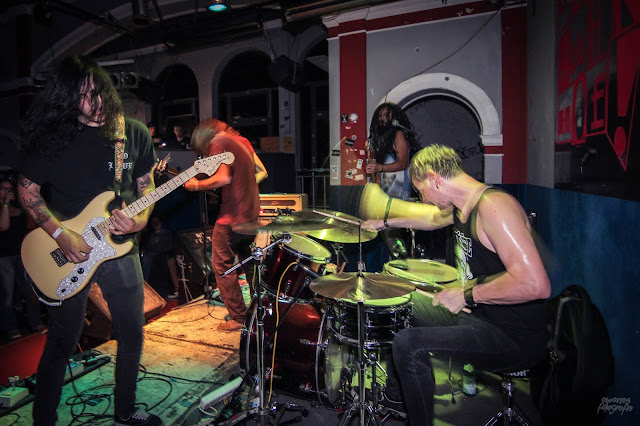 The quartet hail from Würzburg / Bad Neustadt, Germany and are made up of (here we go with the first names only info again) Ralf :guitar & vocals, Daniel: bass &vocals, Markus: drums and Mike: guitar & vocals. 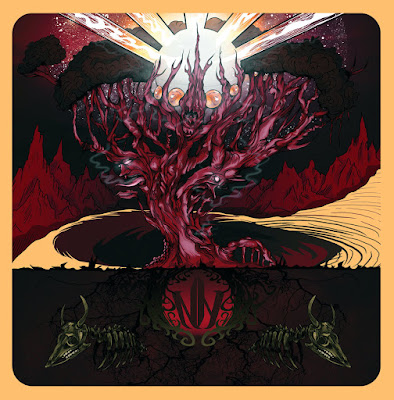 "NN" opens its account with "Mess" a slow burning instrumental that slowly develops it's stoner groove only to end after 2:21, more of an intro than an actual track it nonetheless acts as a snapshot of what CANNAHANN are all about....atmosphere, dynamics and monster riffage!
"Rev" kicks things off proper with  a full on assault on the senses, a wall of  fuzz and distorted riffage competing with clean and gravel thick vocals beneath which the bass and drums lay a blanket of rolling thunder.
"Drowning Mountain" follows in much the same style with throaty vocals woven in around infectious moshpit filling riffs and rhythms, well that is up until the 2:03 mark when things get a little more interesting. The dynamic shifts from all out stoner attack to smoky psych ambience laced with touches of doomy atmospherics and folky vocal inflections that slowly builds layer by layer before falling back to a choppy droned guitar fade out.
"Slow Grow" is a mesmerising stoner blues choc full of scorching guitar solos and intricate rhythms that are further enhanced by the excellent use of vocals. Slurred jazzy crooning sits side by side with throaty stoner/sludge bellows creating an atmosphere of intensity that twists the songs bluesy root around turning the whole thing into something exciting and quite special.
"Hey Turd, How are You" grooves along on a slightly QOTSA vibe with the vocals sounding as if they are sung through one of those funnels used in songs from the 20's, it's quirky rhythmic desert groove only broken by the occasional hardcore screamed vocal.
"Incoming Beast"  is a mostly instrumental workout (there is one very brief screamed vocal interlude) with a slightly eastern motif running through it. Short sharp and effective it sits perfectly mid album as reminder that CANNAHANN can jam as well as rock.
"All The Things" rocks out on bed of fuzz with a mixture of clean and screamed vocals, special mention should be given here for the excellent rhythm work displayed by the bassist and drummer who keep it simple but effective throughout the songs 3:44.
"Tell Me Your Story" begins with a slightly 80's gothic feel  before going full sludge monster torch song. If I have one complaint with this song it is that at 2:08 the tune does not really have a chance to develop so suffers as a result.
"Orbit Awesome" closes "NN" with a killer, its sandy desert groove chugging and throbbing with fuzz and distortion over which the vocals are delivered in a variety of tones and styles. If you can imagine QOTSA's Josh Homme, dueting with the Rou Reynolds of British post-hardcore band Enter Shikari and with Spelljammer's  Niklas Olsson on backing vocals then you might get an idea of how powerful a force CANNAHANN are vocally as well as musically. Stunning stuff!
This is a stunning debut from a band who I expect and want to hear a lot more from in the future, check 'em out....
Posted by Desert Psychlist at 15:33